Why Do People Have Affairs? 3 Possible Reasons

A committed intimate relationship creates a circle of trust in which the population equals exactly two. Each couple creates their own boundaries that ought not to be crossed. At a minimum, there is a line when it comes to sexual intimacy with someone else. This intimacy can be defined in several ways, including physical sexual intercourse with someone, online sex, or sexting.

Other couples consider infidelity to have occurred earlier if one of the parties forms an intimate and deep emotional connection with someone else. Whatever the boundary, the point the couple is trying to make to one another is that there are some things meant exclusively for them, and no one else should share in them.

Infidelity is an unfortunately common enough occurrence in relationships – according to some statistics from the American Association for Marriage and Family Therapy, about 25 percent of married men and 15 percent of married women have had extramarital affairs.

If we were to include emotional relationships or other relationships without intercourse, those numbers would increase by around 20%. Whether it’s physical or emotional infidelity, it is damaging to a marriage. A sacred trust has been violated, and once violated it is difficult to rebuild. Around 20-40% of divorces in the US are because of infidelity.

It raises the question, “Why do people have affairs?” Why do they take the risk of having an intimate relationship with someone else, potentially shattering and ending their marriage in an instant?

When asked why they had an affair, all the standard answers apply. They were happy with their spouse; they had a good life together and they loved one another deeply. So, what happened?

Why Do People Have Affairs? 3 Possible Reasons

Some authors, such as Esther Perel, have spoken about this reality about affairs – sometimes, perfectly happy people cheat. In a TED talk and articles, she’s highlighted at least three reasons why happy people cheat on their spouses and partners. She noted that people cheated because of:

The desire for self-exploration

People long for fresh experiences, and so they may pursue an affair as a way of exploring something different. Wanting to feel unfamiliar feelings, or to have experiences they’ve never had before, he or she risk their relationship to explore unfamiliar territory in themselves.

The draw of the forbidden

At times, what is forbidden carries with it a certain allure. It seems more attractive than what is allowed or readily available. The danger, the excitement of transgressing is itself intoxicating, and the pursuit of that feeling can lead people into extramarital affairs.

Our lives take many turns, and we make choices that take us in various directions. If you’d chosen another major in college, if you’d moved to that city or taken the one job instead of the other, or if you’d kept dating that person and not broken up with them – the life not lived carries its own intrigue.

Affairs can start with something simple, like finding and reconnecting with an old flame online, becoming nostalgic about the old days, and starting to wonder, “What if?”

Another potential reason that could be added here is that some people have affairs not because they are unhappy, but simply because the opportunity arises. Maybe they weren’t planning for it, and an opportunity arose, which they took advantage of. The fact that it’s not premeditated does not diminish the fact that it still violates a covenant.

In highlighting reasons why people have affairs, it’s apparent that individuals are not necessarily unhappy in their marriage. It’s simply that there is an experience outside the marriage that they want to pursue.

There is truly nothing new under the sun. a few thousand years ago, the writer of the Book of Proverbs in the Bible weighed in on this matter of infidelity, and they cited similar motivations why people have affairs. The desire for the forbidden and dangerous is a powerful and seductive motivation for adultery.

The woman named Folly is brash. She is ignorant and doesn’t know it. She sits in her doorway on the heights overlooking the city. She calls out to men going by who are minding their own business. ‘Come in with me,’ she urges the simple. To those who lack good judgment, she says, ’Stolen water is sweet, and bread eaten in secret is pleasant’ But little do they know that the dead are there. Her guests are in the depths of the grave. – Proverbs 9:13-18

We see this same powerful seduction of the forbidden in the garden of Eden – instead of eating what had been freely given, Adam and Eve focused on the one tree they couldn’t eat from (Genesis 3). Despite this allure, the Bible reminds us that yielding to the seduction of the forbidden is Folly – foolishness and rash acting that is impulsive and doesn’t consider the consequences, and ultimately does not end well for all concerned.

Other Reasons Why People Cheat

Having noted that some people don’t have affairs because they are unhappy, we turn to the more common reasons that people are aware of, which generally tie into something that was lacking in the marriage relationships and is pursued outside of it.

Unmet physical and emotional intimacy needs. For a variety of reasons, it happens in a marriage that intimacy dries up, or one partner is not getting what they feel they need. It could be due to illness, a medication that depresses libido, changing life circumstances, lack of interest, or in some cases because the other spouse is already having an affair.

Whatever the cause, unmet needs may tempt a person into an extramarital relationship to meet those needs. In an older book called His Needs, Her Needs, the author pointed out how sometimes when an affair is uncovered, the spouse who is cheated on is surprised: “What did you see in them? They aren’t even attractive!”

While some affairs happen because of pure physical attraction and chemistry, in other cases they happen simply because sometimes you meet someone who meets certain needs. if your spouse has stopped talking to you, and a colleague at work gives you attention and listens well, that need is a big draw toward that person. They are meeting an unmet emotional need.

Boredom and the desire for excitement can also lead a spouse to infidelity.

Lack of commitment. If a partner wasn’t that committed in the first place, it’s more likely that they will cheat on their spouse.

Revenge can also draw a person into an affair. If one spouse has cheated, or if there is an issue that remains unresolved in the relationship, the other spouse may decide to have an affair to get even or to hurt their partner.

People have affairs for a variety of reasons. The ones listed above aren’t exhaustive, but they give witness to the sheer variety of possibilities. Whatever the reasons, having an affair causes untold pain.

The deception involved, not to mention sharing parts of themselves with someone else that are meant to be for the sole enjoyment and appreciation of their spouse, are a serious breach of trust that, unfortunately (but predictably), often means the end of the relationship. While an affair does not mean that the couple must call it quits, addressing the root causes that could tempt a person into infidelity is far better than trying to pick up the pieces afterward.

As your counselor, I will help you recognize where your true hope and peace can be found. Whether you’re dealing with trauma, PTSD, depression, anxiety, or other issues, I will work with you to find healing in your own mind, heart, and soul, as well as relational healing with those around you. I have witnessed the amazing work of God in my own life and so many others, and it would be my privilege to walk with you as you seek to discover Him as your true source of lasting hope. Read more articles by Andi »

The Process of Christian Counseling

A conversation about the process of Christian Counseling with Ryan Likes, Community Counselor at Seattle’s Union Gospel Mission. Nitish:...

Why Family Counseling? How Christian ...

Are you and your family having a hard time communicating? Are there unresolved issues that regularly cause conflict? Are you... 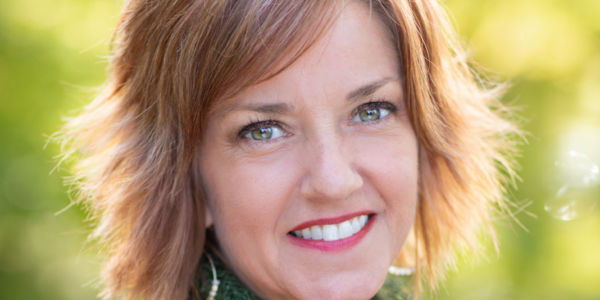 As your counselor, I will help you recognize where your true hope and peace can be found. Whether you’re dealing with trauma, PTSD, depression, anxiety, or other issues, I will work with you to find healing in your own mind, heart, and soul, as well as relational healing with those around you. I have witnessed the amazing work of God in my own life and so many others, and it would be my privilege to walk with you as you seek to discover Him as your true source of lasting hope. View Andi's Profile

See all articles by Andi »